Employment opportunity:  The Town of Howland is currently hiring full time and part time Firefighters/EMT/Paramedics. The Howland Fire Dept. services several communities with two fire stations and an annual service call volume of 1,700-2,000 per year. We are a growing fire service that covers roughly 250 sq. miles and a population of 4,000 residents. The fire schedule is 24hrs on duty, 24hrs call back duty and 48hrs off. We offer competitive pay, benefits including paid health insurance, vacations, retirement, paid holidays and a health savings account. We also offer an-opt out option for those who may be covered under their spouses insurance. We are currently building a new fire station which will enhance our service to the communities we serve. If you enjoy hunting, fishing, ATV’s then central Maine is the area for you. Please print out an application.   Please email applications to:

The ceremony took place on Sunday, August 28, 2017. The weather was great and there were over 100 in attendance. The Veteran's Color Guard led the parade across the King's Bridge followed by members of the King family and Senator Susan Collins riding in antique vehicles. Rod Carr was Master of Ceremonies and introduced speakers Susan Collins, Sheldon Hannington, Tim King and Theresa Thurlow who followed up with presentations of flowers to the King family.

Many thanks to those who volunteered their time, vehicles and food to include: 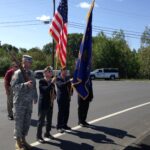 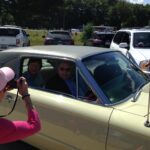 Timothy King and Senator Collins in the Ford Thunderbird 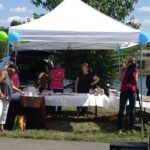 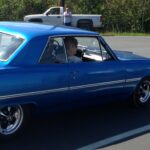 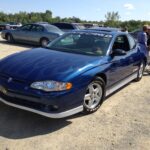 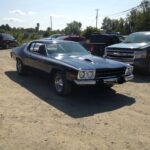 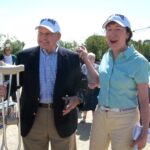 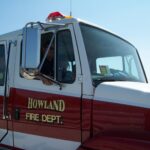 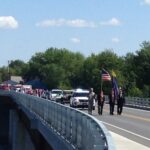 The Parade Coming Across the Bridge 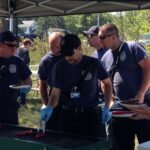 The Howland Fire/EMS Department Preparing Lunch for Everyone 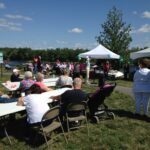 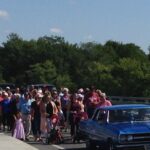 Members of the King Family Walking the Bridge During the Parade 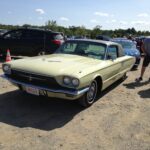 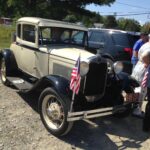 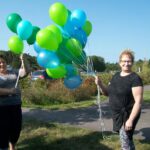 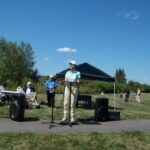